Art In Cooking: How The Alchemist Makes Their Cocktails

When it comes to artisanal cocktails with a twist, the Alchemist is undefeated. The chain of cocktail restaurants has made a name for itself by serving up some of the most captivating and unique drinks you will find anywhere. And you would be forgiven for thinking a lot of the whimsical mixtures are using magic to achieve such incredible effects.

But as magical as it all seems, it can all be explained by a mixture of art and science. The often unusual and cryptic world meets the logical and scientific in an extraordinary manner. And we are here to break down how it is all done. Be warned, this article will spoil some of the mystery surrounding the Alchemist cocktails so if you would rather not know, click away now.

The most common sight you will see from these cocktails is the overflowing fountain of fog. Nothing is more exciting than seeing a bartender pour a small mixture into your drink and watching it explode into a volcano of froth. But how is this done?

The main component is a weaker version of dry ice. They have to manually make ice with an ice maker that is specifically designed to react with the alcoholic mixtures to suddenly expand and melt into this foggy substance. Normal dry ice can’t be used, of course, but this substitute is absolutely harmless.

Another common cocktail you can experience is a flavor changing one. These are designed to start as one flavor and turn into another after a certain amount has been drunk. And it is seemingly done by magic as the liquid itself looks the same the whole time. So what is going on within the drink?

Different liquids have different consistencies. This basically means some are thicker than others. Some are lighter than others. And because of these differences, they will react differently while in contact. But, being liquid, they will all still occupy the same space.

This is the basic principle being used to create the appearance of a flavor changing drink. In reality, the different flavored liquids are all there, it is just poured in a way that means one is buried under the other until the entire mixture is disturbed enough for it to breakthrough.

These cocktails provide the greatest visual pleasure for those at the bar. They start off as one basic color. But, after adding the rest of the drink, the liquid will start to shift through a veritable rainbow of colors. Spirals of glitter cascade up through the glass and the drink seemingly take on a life of its own.

This is a mixture of the previous idea of liquid consistency mixed with some simple color mixing. It is often just as simple as two liquids of opposing colors will turn the drink into a new one. But the effects are created by the bartender knowing how much of a certain liquid to add, and where to pour it as well. This lets them create the illusion of the color spewing out from a point within the drink.

The glitter effects are simply edible glitter or gold flakes added in and given a stir to create a whirlpool effect. Not the most incredible scientifically, but still a fantastic sight to behold.

All of this seems quite simple when said in these terms. But you have to keep in mind this is all mixed with a lot of creative thinking and planning. The way they utilize these simple techniques is incredibly complex. So we will keep some secrets hidden away from now.

Why You Need These Gadgets in your Kitchen Right Now! 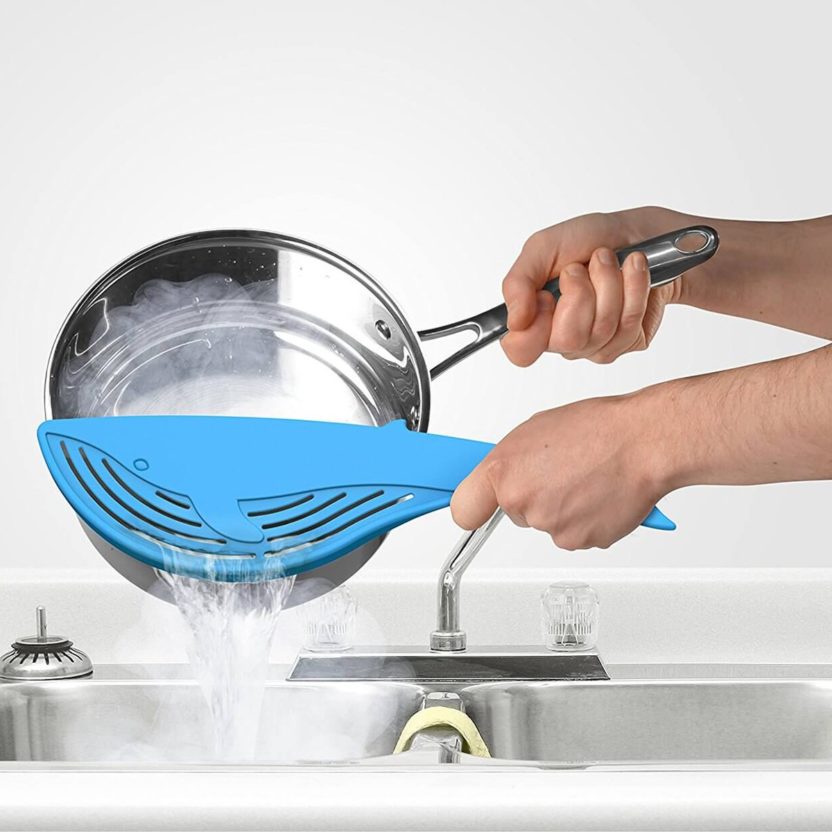 These days we are spending more time than ever indoors, which has given us all the opportunity to try our hand at the world of culinary adventure. Trying to cook new and exciting dishes may mean that you need some new gadgets. Here are our top picks of must-have kitchen gadgets that will make your cooking experience way easier, as verified by the guys over at nononsenseninja.

If you haven’t got a four-slot toaster then you have been missing out. Though this may seem like basic tech, using a four-slot toaster will make your everyday cooking experience way easier. This is especially the case if you are someone with a large family, as you will be able to make lots of your morning toast at the same time. It will save you a lot of time and also means that making the rest of your meal will be much more efficient.

How many times have you had to deal with the following scenario? Unforeseeably your fridge freezer temperature has been far too cold and you have had to deal with your perishable goods housed in your fridge being frozen and then unfrozen, leaving your food items soggy and unusable. Having a smart fridge allows you to keep track of your freezer’s temperatures and means that you don’t have to deal with wasting money on rebuying foods.

Everybody needs to invest in a good food processor. A good food processor will allow you to complete a long line of never attempted foods and can be extremely useful if you are someone who is often left with a lot of waste product after cooking as you can blend what you have left and create an entirely new dish.